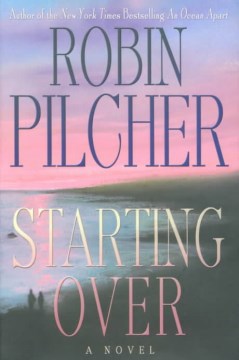 Baker & Taylor
Living on a small family farm on the east coast of Fife with her son Alex and her father after her divorce, Liz Dewhurst finds her life changed when the farm begins losing money, forcing them to take on a handsome older man as a boarder.

McMillan Palgrave
It seems a long time since life was good for Liz Dewhurst. Her happy marriage to Gregor ended six months ago when she discovered he had been having an affair with another local woman for two years. But if that wasn't enough, Liz and Gregor's family businesses were also intertwined. Growing up on neighboring farms on the East coast of Fife, an area blessed with rich soil and beautiful, unspoiled landscapes, the marriage made it perfect sense to merge. The separation, however, has come at the worse possible time. With business bad, the two farms are barely struggling to survive on their own.

Then an extraordinary opportunity arises. An American-financed consortium is looking to build a golf course, and with Liz's and Gregor's land think they have found the ideal site for the best new links course in Britain. Liz is torn: the money is tempting, and she knows that by turning the scheme down she will face the wrath of the local community. On the other hand, the farm has passed through five generations of her family; is she really ready to give up that history, a move that will also help Gregor and his mistress?

At the same time Liz's son Alex, a student at nearby St Andrews University, suggests renting a room out to raise some money. And the person he suggests, his German tutor Arthur Kempler, is the man to change everything. Funny, charming, he hits it off immediately with both Liz and Alex's grandfather. Indeed, if he were twenty-five years younger, Liz would find him extremely attractive. Then Arthur goes on holiday to Spain, and asks Liz to join him. Once over there, she meets the last person either expected to see: Arthur's son . . .

In Robin Pilcher, readers will discover a fresh new voice in fiction. With a deft touch and an uncanny sense of the human heart, Robin Pilcher, after a promising start with his first novel, is now a proven master of the genre.

Baker
& Taylor
Living on a small family farm on the east coast of Fife, which is known for its rich soil and lush landscapes, with her son Alex and her father after her divorce, Liz Dewhurst finds her life forever changed when the farm begins losing money and developers offer to purchase it at a reasonable price, forcing them to take on a handsome older man as a boarder.

Loading...
No similar edition of this title was found at IPL.

Try searching for Starting Over to see if IPL owns related versions of the work.